The International Liberty Horse Association (ILHA) is dedicated to promoting the discipline of Liberty training and celebrating Liberty horses, trainers, and competitors everywhere. 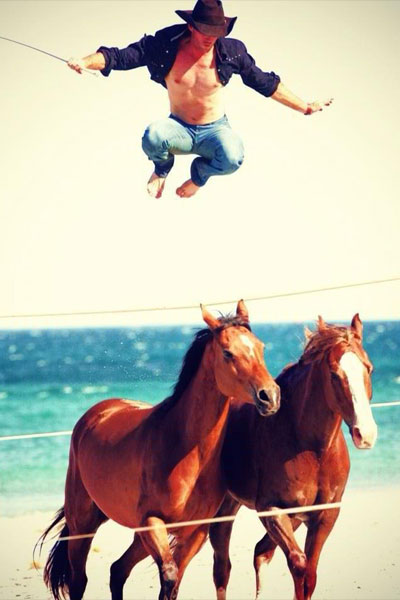 Dan James of Double Dan Horsemanship has spent his entire career wowing audiences, pushing the bounds of equine entertainment, competing on an international stage, and educating horsemen and women around the world. Dan first learned about liberty training from world renowned movie horse trainer, Heath Harris. From there Dan went on to train liberty horses for television, movies, photoshoots, and entertainment including starting liberty horses for the hit show Heartland, doing stunts for The Walking Dead, and training horses for Cavalia.

Dan’s expertise at liberty training has been recognized and celebrated by industry professionals and fellow trainers alike. Dan’s own liberty team has been featured in country music videos, a Versace ad campaign, a Vogue cover photoshoot with Jennifer Lawrence and high fashion photoshoot for Elle magazine with Alicia Vikander. Dan and his training methods have been featured on Australia’s Got Talent along side partner Dan Steers and in National Geographic’s Mustang Millionaire.

Dan has always strived to push the bounds of Liberty training by incorporating it into other established competitions. In 2014, Dan was the first Mustang Million trainer to work a horse completely at Liberty in the Freestyle competition where he trained it to circle, lay down, run down and stop, roll up on its back, and more.

In 2009, Dan Steers and Dan James of Double Dan Horsemanship began sharing their love of Liberty and their specific Liberty training program with anyone interested at clinics in the US, Europe, Canada, and Australia. This was one of the first times the general public could learn the art of liberty training. Since that time, many who have learned from Dan and Dan and other liberty trainers have started offering liberty clinics as well.

Dan has spent his career studying, practicing, perfecting, exhibiting, and sharing Liberty training with others and looks forward to promoting and growing the Liberty discipline through the ILHA. 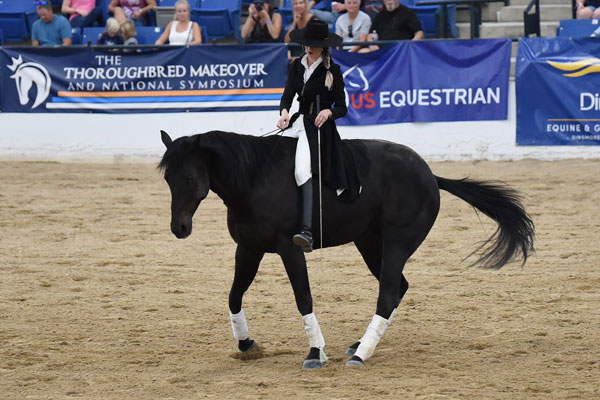 Dr. Elizabeth James comes to the ILHA stems from a 20 year career in equine education. From teaching colt starting and equine science courses at several universities to giving private riding lessons to teaching training at various ranches, Dr. James has dedicated her entire career to helping others learn and grow in the industry they love.

Dr. James began her professional career teaching colt starting classes at Laramie County Community College in Cheyenne, Wyoming. She was also an instructor at the North American Racing Academy with Chris McCarron and spent 10 years as a professor in the Equine Department at the University of Kentucky. In her time as an instructor, Dr. James coached two students to win the Broke By Sunset Collegiate Colt Starting Challenge and placed six in the highly competitive Legacy of Legends and Godolphin Flying Start Programs.

Dr. James has spent her entire career helping others achieve their professional goals and is excited now to dedicate her time to helping grow and promote a discipline loved by so many around the world.